I’m a (not so) Closeted Nudist 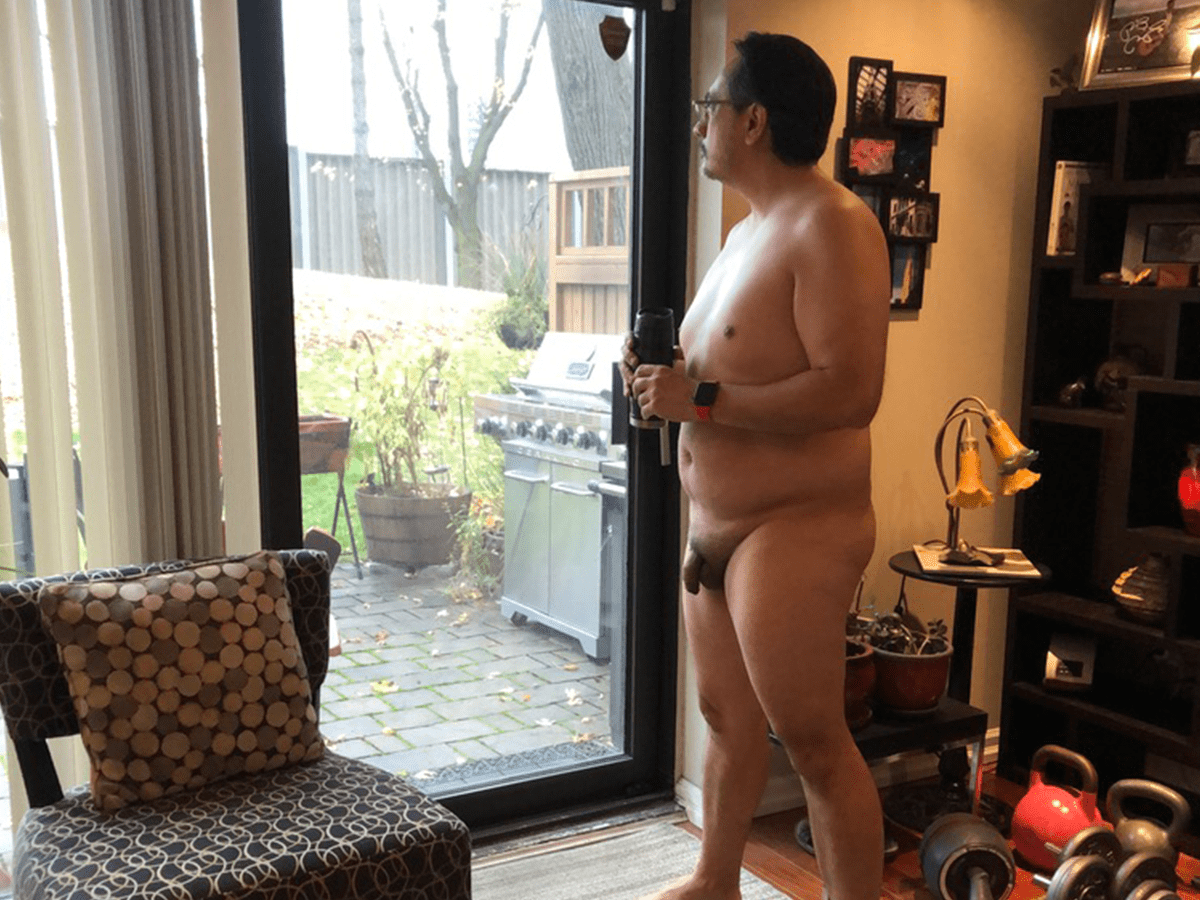 I love being nude. It feels so comfortable and liberating – exciting even!

I guess I call myself a “closeted nudist” because I’ve really never had a chance to be completely open about my joy for nudity. Also, I have only had a handful of opportunities to explore social nudism. Through my entire life, I have had an interesting experience in relationship to nudism.

As a kid, I remember my parents having very different views when it came to decorum. My mom, on one hand, was very conservative and old fashioned. On the other hand, I had a very artistic and borderline bohemian dad who came from a very quirky family. I think, if it were up to my dad, he would have been nude at home all the time. Even though, he was a sharp dresser when it came to public life, and to my mom’s dismay, he loved hanging out at home only wearing his underwear briefs and nothing else. He also slept in the nude and wasn’t shy about shedding all his clothes whenever he had the chance.

Being the youngest of 4 kids, I got to spend a fair bit of time with my dad, who worked from home for most part. More often than not, I followed suit hanging out in my underwear in the afternoons with him in his home workshop. Often times, we would swim in our backyard pool or take afternoon showers, both of us totally nude. To me, it was the most natural thing in the world. However, I always had my mom’s disapproval in the back of my mind; which fuelled a whole array of insecurities about my body, ever since I was very young.

Throughout my teen years, after my parents’ separation, I mostly lived with my mom and my siblings. I shared my bedroom with one of my older brothers – I hated it so badly because I never felt I had enough privacy! I remember cherishing the few hours of solitude I got every afternoon after school, while my mom and siblings were out at work, I would lock myself in my bedroom (just in case), and get nude… I loved every precious moment by myself.

At some point, I got into the risky habit of going for nude walks around the neighbourhood in the wee hours of the night. I remember the exhilarating feeling of being out on the street, completely nude! I loved walking through neighbouring lawns and front driveways, feeling all the different textures under my bare feet and feeling the fresh air all around my body. Needless to say, I was sporting a raging boner half the time I was out there! Then, I would sneak back home quietly and jerk-off just outside the house, before getting back in bed. I kept this up, on and off, between the ages of 14 and 17… I was so lucky I was never caught!

In 1990, my mom, my siblings and I moved to Canada. I started college in Ottawa the following year. I was so desperate to start my “own life” and become more independent. I was feeling smothered by my family and the never-ending lack of privacy. At 21 years of age, I was STILL sharing a bedroom with my older brother! Ignoring my mom’s and sister’s pleads, I took advantage of my student loan and decided to take a room that one of my classmates was renting out.

Jim, my classmate, was a bit older than me, maybe 25 or so. A handsome, muscular, blonde jock, with a down-to-earth, cowboy-like demeanour. He lived by himself in a 3-bedroom apartment in the heart of Ottawa’s Glebe, an older, well-established, neighbourhood. His girlfriend Caroline, and his younger brother Patrick, would visit and crash at the place often. When I came to see the place, I got a bit of a pleasant surprise when I saw Jim open the door wearing only a very loose tank top and a pair of boxer shorts. He was very welcoming and proceeded to show me the room that would become mine…

When we were discussing the terms and details of the room rental, he said to me there was something he had to make clear from the get-go as to avoid any surprises… “I usually hang out naked at home” he said, “I actually just threw this on before you arrived”. I felt a rush of adrenaline and I felt my dick twitch a little in my pants. I proceeded to tell him how I would love to join in as well… We both laughed and, within 30 seconds, we were both naked, drinking a beer and setting up my moving-in date.

The 2 years I spent living with Jim were probably the best years, and most open, of my nudist experience. I got to experience the freedom I never had anywhere else before. Jim and I were both nude all the time at home. My being gay and his being straight was never an issue either. His girlfriend would occasionally join us but, usually, she would hang out in an oversized t-shirt. His brother would also join in most of the time when he visited. It was simply awesome, just being nude without any cares with them.

In 1994, I met Bill, the burly ex-rugby player who was to become my first long-term partner and the reason I ended up moving to Toronto. Bill had a very healthy approach towards body image and nudism, and he helped me sort through a lot of self-acceptance issues. When we first started going out, we didn’t have a lot of freedom or privacy either because we both were back living with our respective families at the time. When Bill announced that he was moving to Toronto in September of 1997 to pursue his master’s degree at U of T, I decided to take a leap and move here too. I got a job with a small marketing agency and I moved to Toronto in January of 1998.

Being nude with Bill at home was easy as he had a very casual approach to the whole thing. Even though we didn’t do it consistently, neither of us made a fuss about it and we would do it regularly enough. Unfortunately, my relationship with Bill came to an end in the fall of 1999. So, I moved on my own to a bachelor apartment.

In March of 2000, I met Gary, the handsome man I share my life with nowadays. Even though Gary is a very open-minded and down-to-earth individual; he’s got a bit of a more conservative approach when it comes to nudism. He sleeps nude, but that’s about it. He usually hang outs at home in boxer shorts and a t-shirt. He doesn’t mind if I’m nude around the house, but he’s very conscious about having the drapes closed as to avoid peering eyes from the outside. Further, he has no interest in social nudism whatsoever.

So, nowadays I find myself hanging out nude mostly by myself. I’m lucky to work from home (just like my dad) and be able to do so while nude most of the time. I also practise massage and most of my clients are nude on the table. I get nude to do the massage sometimes, depending on the client and our mutual comfort level. I also have a couple of friends who like visiting with me and we occasionally hang out nude together…

Nothing too exciting here, I just love being nude and feeling free. I keep dreaming of a chance to spend more time nude outdoors at a clothing-optional resort or even a cruise. I would also like to have a group of nudist friends to hang out with. Having a non-nudist partner presents its challenges but I keep thinking it’s not impossible. Maybe one day!